skip to main | skip to sidebar

Some Zimbabweans See Only More Pain as Prices Fall

After the government of Zimbabwe decided to get rid of the local dollar whose value had been destroyed by inflation, goods have finally begun to reappear in stores and prices are falling. But some Zimbabweans are finding it even harder to make a living because they now have to survive solely off their allowance. People can no longer sell on the black market either, but some are being resourceful and selling the old, worthless Zimbabwe dollars to tourists for as much as $20. The government is seeking $5 billion for long-term recovery, which relies on the satisfaction of Western donors that Zimbabwe is on the road to stability. Unemployment in Zimbabwe is over 90 percent, and three million people have already left the country in search of other jobs.
Posted by Spare Change News Blog at 4:27 PM 17 comments:

No Stimulus for the Homeless

The new regulations for homeless families being put into affect by the Patrick Administration are going to cut the budget for families by $4 million this year and $10 million next year. Meanwhile, the federal government is providing $17 million this year and $24 million next year for families with dependent children, but the state had decided not to use this money for the homeless. One beneficial revision to the regulations is that they now allow families to be considered for public housing who had previously left their housing if the families provide a plausible reason. The regulations have also been revised to allow minors to stay in shelters with their families, whereas before they could not.
Posted by Spare Change News Blog at 4:18 PM 3 comments: 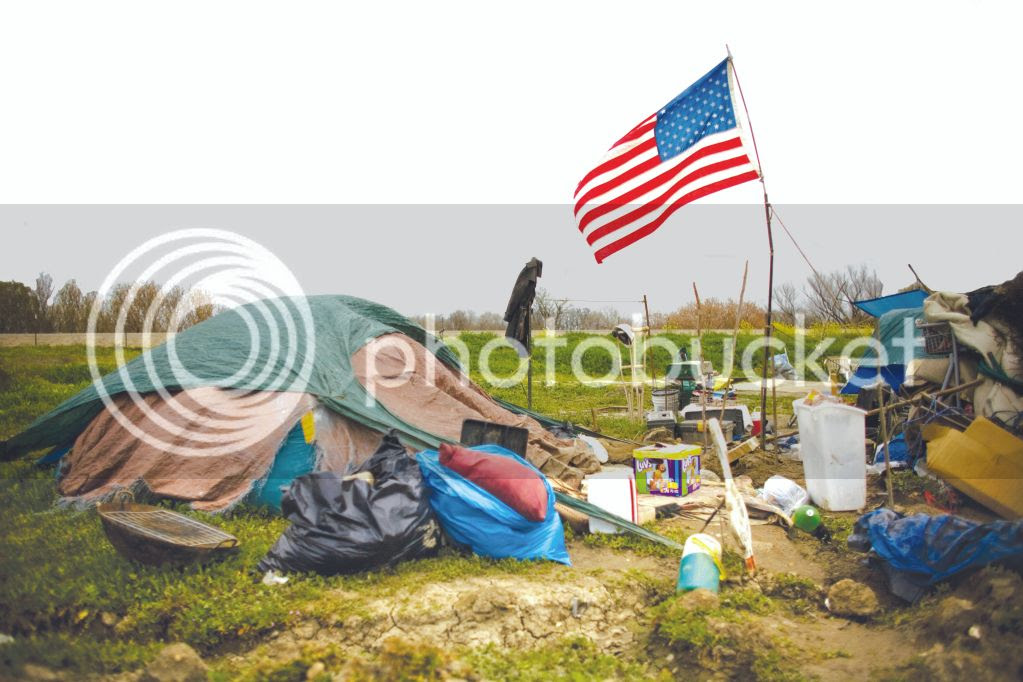 As the financial crisis worsens and people continue losing their homes, shanty towns are springing up across the country. One of the largest tent communities, currently housing 1,200 homeless individuals, is located a few miles from California's state capitol building, on a piece of Sacramento wasteland. Although sleeping here is prohibited, people who have lost jobs and homes have nowhere else to go. Mayor Kevin Johnson is determined to shut down the tent city within the next couple weeks and move the residents into shelters. Another possibility is to set up a legal encampment that would include clean water, and sanitation services.
Posted by Spare Change News Blog at 4:11 PM 6 comments:

A Way Out of Rock Bottom: Pat Fina recounts years on the streets and finally leaving them

Pat Fina, who has worked at the Community Learning Center in Cambridge for the past 11 years, recounts the seven years she spent in shelters while battling illness. She spent most of her homeless years in St. Patrick's Shelter because it doesn't allow any drugs of alcohol. Although she wasn't guaranteed a bed every night and Pat sometimes had trouble finding a place to stay, once a year she would treat herself to a dinner at Legal Seafoods for her birthday. Fina grew up in Ohio and eventually went to graduate school at Tufts, but after being raped at a theater party, she left school without a degree and with 10,000 dollars in debt. Fina worked off her debt by doing administrative work for schools and hospitals around Boston, but she soon became too sick to work. She was diagnosed with hypothyroidism, and it took two years before she fully recovered. Once she regained her health, Fina was hired by the shelter as a janitor, and soon after she discovered the want ads for a tutor at the CLCC.
Posted by Spare Change News Blog at 3:54 PM 3 comments:

The "State Report Card on Child Homelessness" was recently released by the National Center for Family Homelessness and describes the conditions of the 17,505 homeless children in Massachusetts. The Report Card focuses on four areas: extent of homelessness, child well-being, structural risk factors, and state-by-state policy and planning efforts. The report only includes children who are a part of families or with a parent, not the unaccompanied youth. Most homeless students around the country score about 16 percent lower on math and reading tests, but homeless children in Massachusetts scored about 20 percent higher than their peers in both areas. Most homeless students are in grades K-8, and those in high school often don't finish, putting them at a huge disadvantage.
Posted by Spare Change News Blog at 3:44 PM 6 comments: 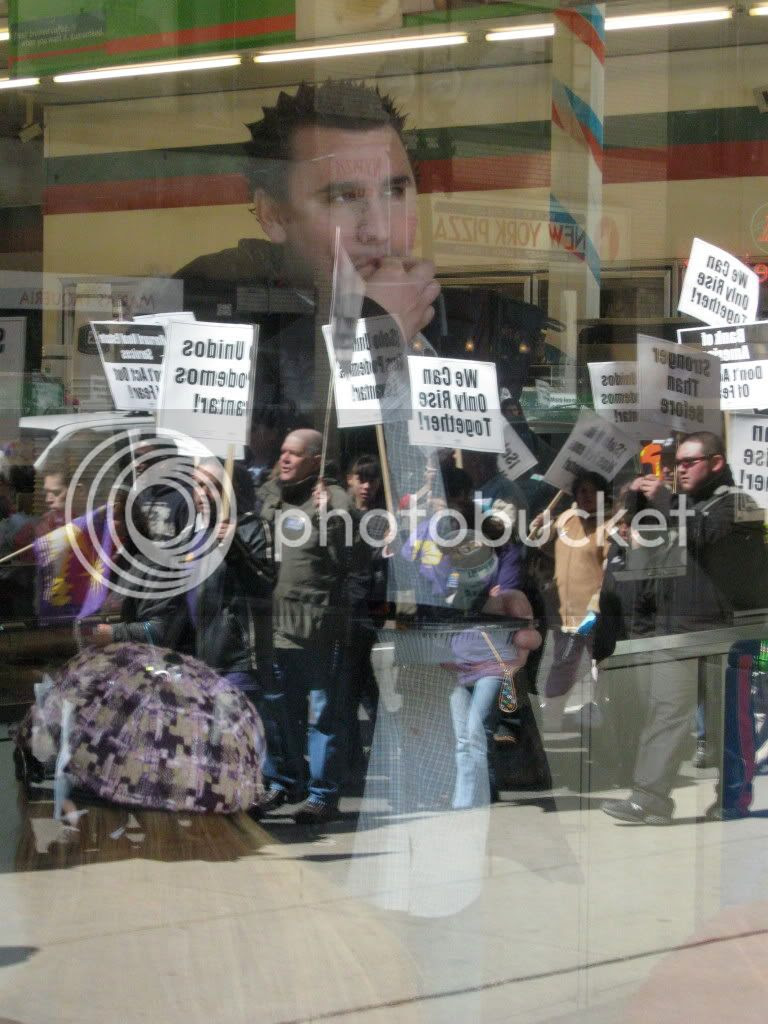 Protesters marched from the Common to Copley Square in response to corporations laying off low-wage workers to cut costs. 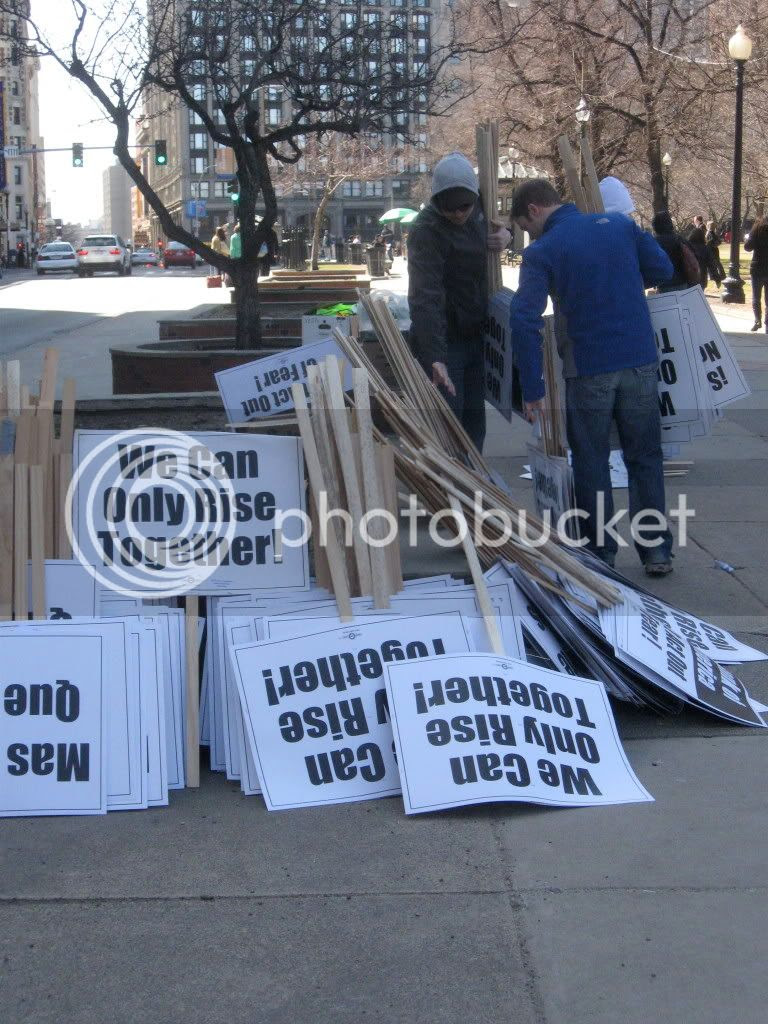 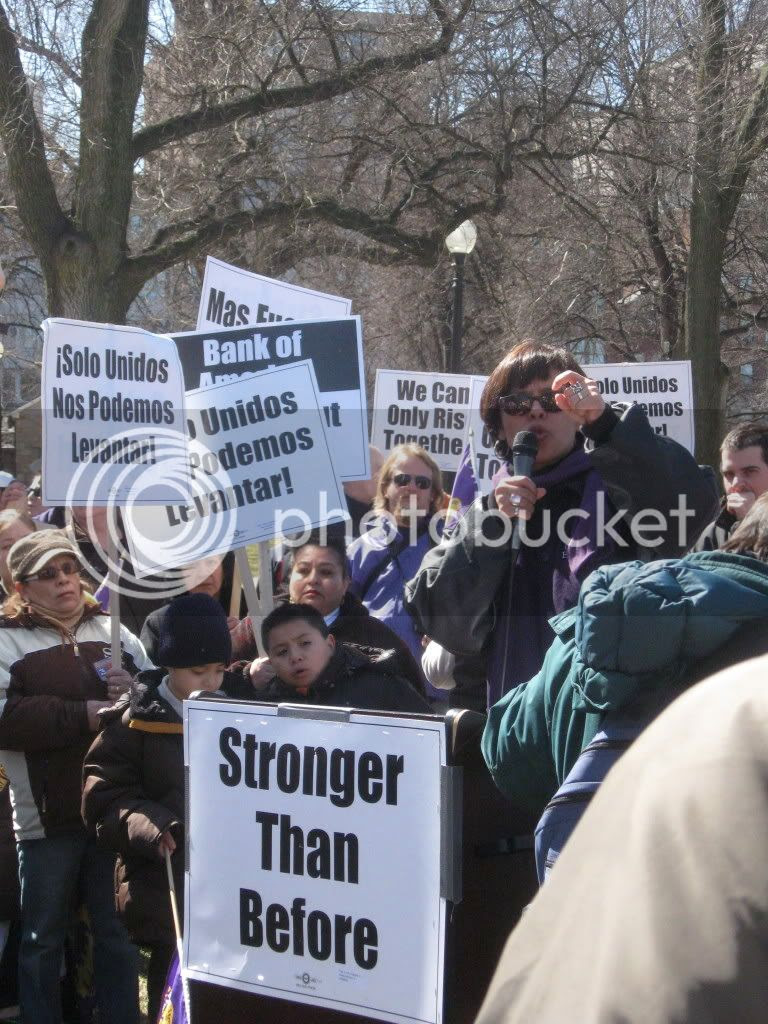 Minutemen: Neighborhood-Watch Over Our Border? 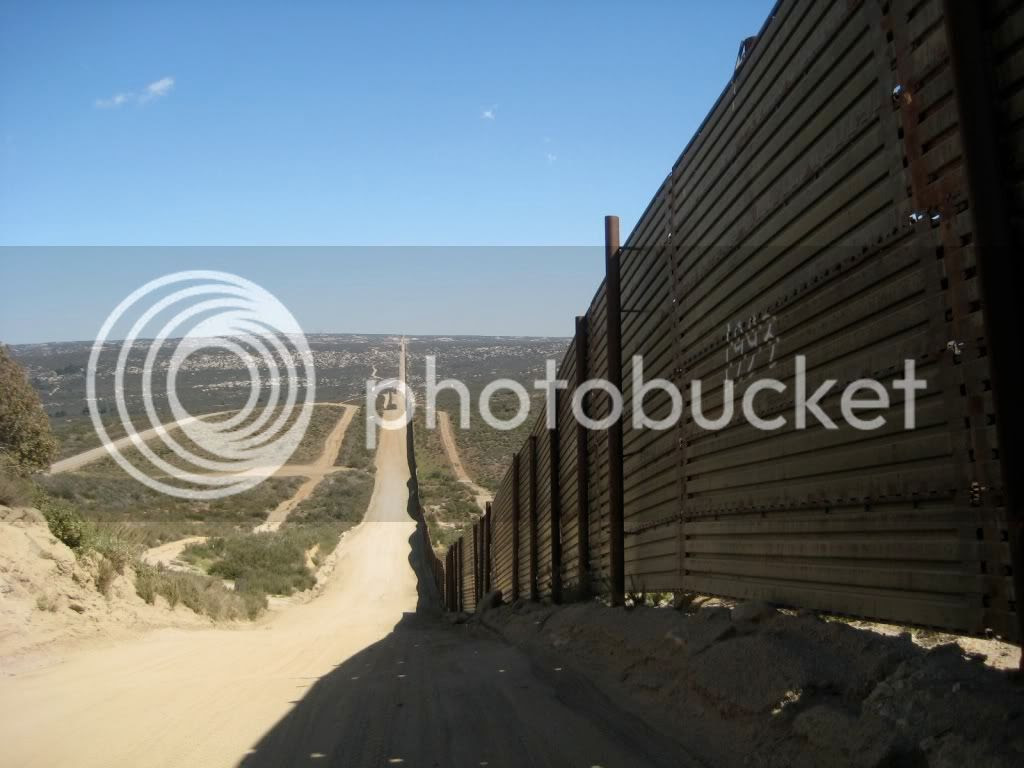 By: Amanda Fakhreddine
The Minutemen are a military-like group formed in 2005 that help patrol the U.S.-Mexican border. The Minutemen outfit themselves in camouflage and night vision goggles and patrol the desert around the fence that divides the two countries. The Minutemen practice on shooting ranges and force themselves to learn to endure various harsh climates. They meet at a certain spot each night and then split up to look for anyone sneaking across the border. Lieutenant Anthony Salazar of the San Diego County Sheriffs Department of Alpine Station emphasized that the Minutemen are not part of the military, they are civilians who simply draw on military tactics. Former President George W. Bush tried to discourage the "vigilantes" but they truly believe they are protecting America and can't be dissuaded. Groups have been formed in opposition to the Minutemen, saying they are trying to prevent the unnecessary deaths of those who attempt to cross the border.
Posted by Spare Change News Blog at 4:00 PM 1 comment:

By: Kore Van Baldwin
The Department of Social Services does it's best to place kids who have been pulled out of violent or unstable living situations into foster or adoptive families. However there are so many kids in the system that many continue down an unhealthy path and end up on the streets or abusing drugs anyway. The DSS is well meaning but not as helpful as they could be. What kids need is to be re-taught how to be social, how to fit in, how to move forward and how to motivate yourself. Many of the kids are psychologically and socially scarred, and above all they need to be taught to hope again, that they do have a future ahead of them.
Posted by Spare Change News Blog at 3:50 PM 2 comments:

Spare Change News Blog
Spare Change News is a Cambridge-based alternative bi-weekly newspaper focusing on local homelessness and poverty issues. Whats Up Magazine was, from 1997-2007, Boston’s youth-driven publication about arts and social justice. Both are street papers, produced by volunteers and sold by homeless and formerly homeless vendors in need of extra cash. Whats Up Magazine has recently merged with Spare Change, unifying Boston’s street papers into one powerhouse of publication and distribution. Whats Up is a program of Spare Change, a 4-page insert within Spare Change's 16 pages.